I was going to write about something completely different but yesterday’s event has changed everything.

As a Parisian, I am shocked and sad. To look on the bright side, Notre-Dame is not completely destroyed and no one is dead. Les pompiers de Paris, the Parisian firefighters did an amazing job throughout the night! In the novel, Hugo actually describes flames in the Cathedral when Quasimodo uses fire and stones to attack Truands in order to save Esméralda.

There is also Téophile Gauthier beautiful poem about Notre-Dame, Our Lady. 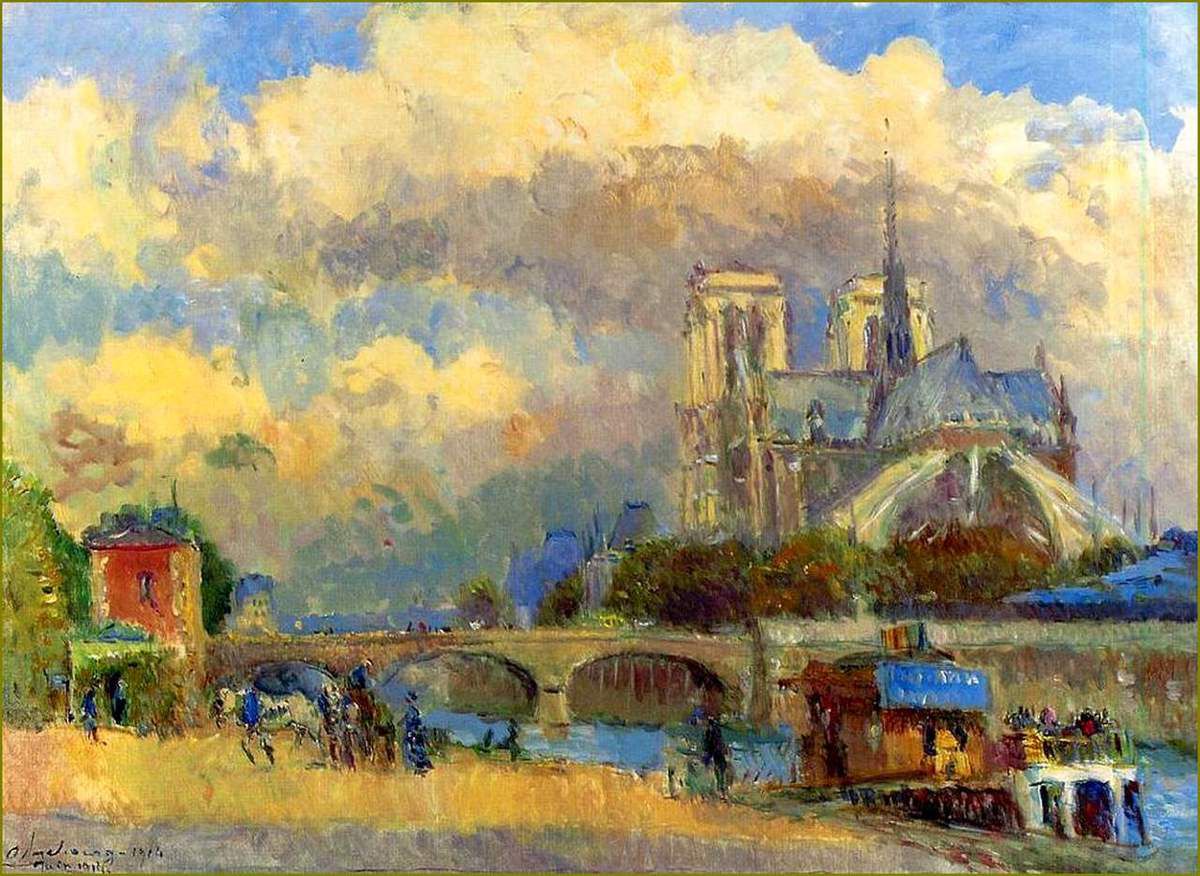 And this other shorter poem by Gérard Nerval, who compares the monument to a very old lady about to die but who will always stay puissante et magnifique.

One of the most ancient literary work mentioning the Cathedral is Gargantua by Rabelais. The novel was written in the 16th century and tells the extravagant adventures of a giant named Gargantua. He travels to Paris to perfect his education. He enjoys sitting on the towers of Notre-Dame to rest. The Parisians are amused to see a giant resting on the church. But one day, Gargantua decides to take les cloches, the bells to put on sa jument, his mare! The Parisians are not so happy but Gargantua gives them back in return of a big meal consisting of  “300 bœufs cuisinés en sauce et de 200 moutons rôtis” ! Read the story here.

It is the end of of the series of 10 stories based on the book by Adriana Ramirez, translated and adapted into French by Kristin Arnason “Learning French with Comprehensible Input Through Storytelling. First Year French. Student’s Book“.

I posted the last story on Saturday which is about superheroes and cartables, school bags!

I am now taking a break to shoot a new series in my new hometown in Portugal. Watch out for this space!

New video on Saturday 4th of May.

I love hearing from you!

This weekend, I got one of the best comment by a former language teacher.

James Hayden wrote: “After having watched pretty much every video you’ve made, all I can say is this method works much better than I ever expected. I’ve gone from not understanding French at all other than “bonjour” to being able to watch and understand certain types of French TV shows (mostly children’s programming at this point) in about 6 months of almost daily listening combined with other listening/reading practice.

To be fair, I am also already fluent in another romance language, which helps because so much of the grammar and vocabulary is similar. But listening to your stories is what has gradually allowed my brain to understand French. The only downside is that I have no idea how to spell or conjugate verbs in French yet, but I suspect that if I were to read more this would also start to come naturally just as it did for my other languages. Speaking is also difficult for me still, but I have a patient language partner to practice with. You’ve inspired me to question many of my assumptions about language learning, and I only wish input of this caliber existed for other languages.”

This comment is truly useful for all language learners, including myself, who may think they need to practice speaking or to do some grammar worksheets! First thing is to UNDERSTAND in order to communicate.

The only cure is MORE INPUT.

I am here to help you acquire French effortlessly.

P.S. The 30 scripts of the season 1 videos are still downloadable as eBook (pdf). Merci, Thank you to all who have already purchased it. Please let me know what you think.

Support the free videos on YouTube without ads by downloading it.

P.P.S. Got friends, family, colleagues or clients who want to become fluent in French? Share this with them, they’ll thank you for it 🙂