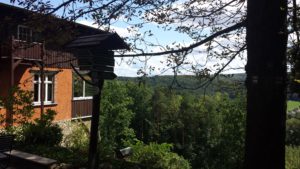 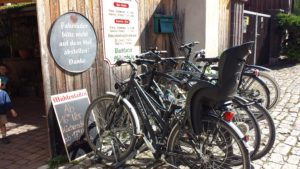 I also enjoy watching how my learners are improving little by little through reading and listening to French. It is always kind of magical to see how the brain processes the input in another language and then produces output naturally and effortlessly.

Lately, I have received so many beautiful testimonies proving my motto!

The path to fluency

Most people think (and I did too) that you have to practice speaking in order to become fluent in another language. However, as we now know now that second language learners go through similar stages as first language acquirers, there is no need to practice output.

This week, in my Spanish class I asked my students to fill in a reading reflection sheet (created by amazing experienced teacher Bryce Hedstrom). I hadn’t seen them last week and had asked them to keep reading a graded reader by themselves. To my delight, most of them had actually finished to read their books and their reflections were fantastic.

One learner explained that when she called her Spanish friend, she naturally said some Spanish structures she had read! 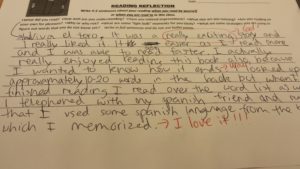 The Spanish readers at the school library and one of my learner’s reading reflections.

Another French learner told me he read Le Petit Prince and Le petit Nicolas which he enjoyed. Last week, when he had to call a shop in France, for the first time he felt confident speaking in French and he could maintain a conversation over the phone. 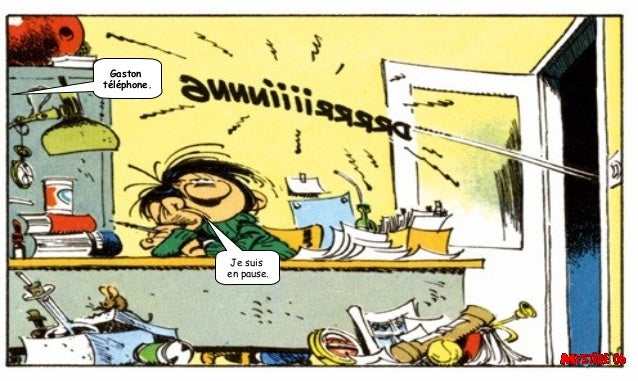 You can actually read the story in this captivating reader by Kristy Placido Nuits mystérieuses à Lyon. In fact, I have just added the review into the playlist: Critiques de livres! This is my little bonus video to you this week, yeah!