This week, I want to show you a bit of my culture, the French culture, from fashion to sport to food.

Sadly, Hubert de Givenchy died this week. He was la petite robe noire, the little black dress famous fashion designer.
La petite robe noire was in fact invented by Coco Chanel but it was glamorised by Givenchy and his muse, actress Audrey Hepburn. C’était le chic facile, it was the easy chic !

Hubert de Givenchy is to me the symbol of l’élégance à la française, French elegance. When I was a young girl living in Paris, I used to wander over the 8th arrondissement where all the fashion designers were. I remember I would look at the vitrines, window shops with émerveillement, awe!

Did you know Hubert de Givenchy thought that he was going to receive famous actress Katharine Hepburn when he met Audrey Hepburn? As his friend, Gladys de Segonzac had organized the meeting with ‘Miss Hepburn’, he was confused when he met her. At that time, Audrey Hepburn was a young actress. However she wore Givenchy clothes on and off the screen, in all her films except for Roman Holiday and My Fair Lady. Find out more about one of the biggest name in the fashion industry and fascinating actress Audrey Hepburn here.

Another part of the French culture is sport and especially rugby. This popular sport was first introduced in the early 1870s by British residents. France is now the world’s most populous country in which rugby union has a large and dedicated following. Find out more about this spectacular sport by listening to this podcast by Français Facile.

My family loves to watch rugby and especially le Tournoi des Six Nations, the Six Nations Championship which just finished today. I think it has positive values: the players are strong but they do not argue with the referee. There is a lot of respect and fair play which are excellent values for my children! 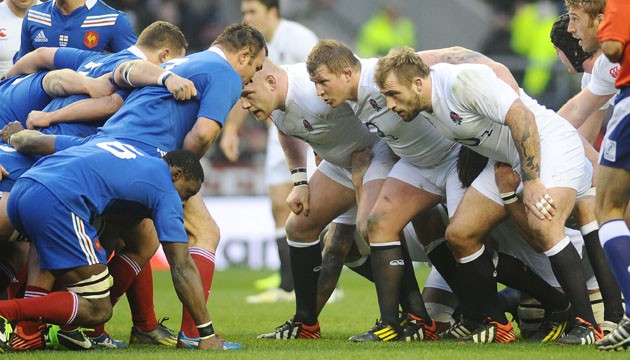 Another tradition in our family when we watch the rugby is to eat croque-monsieur, mister crunch!

This sandwich is the typical meal in a brasserie. It is quick, yet it has the traditional French ingredients: bread, ham, cheese and butter. The purists would prepare une sauce béchamel to go with it, but we keep it simple.

Check out today’s video about Les choses de la vie to know if France won against England and our secret croque-monsieur recipe!

I love hearing from you so let me know in the comments if you watch the rugby. Do you have a special meal when you watch sports on TV?

P.P.S. Be sure to watch my last tale from the Grimm Brothers about une mystérieuse clef en or, a mysterious golden key.