As I am leaving for France tomorrow, I am sending out the newsletter a bit earlier.

Pas vraiment ! Not really though! It has been a long and hard winter here in Europe. Just last week, it was freezing cold, il faisait un froid de canard and there was still much snow in the garden! Brrr !

However some flowers are starting to pierce the snow, they are called perce-neige, literally pierce-snow or snowdrop in English. 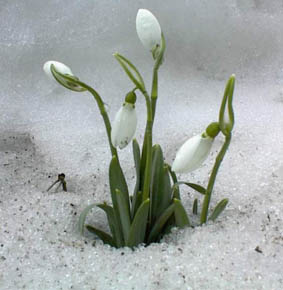 Just seeing many of them while walking in the woods, inspire me to talk about flowers. Did you know there is un langage des fleurs, a flower language?

When you offer flowers to somebody, they carry a particular message. For example, to express your friendship, you better offer des tulipes jaunes, yellow tulips. This site has all the significations by type of flower and colour, c’est fascinant, it is fascinating!

Une demoiselle Actuelle on YouTube also explains how to offer flowers and when. And this comedy sketch by les Frères Taloche has play on words about the flowers, do you understand them ? 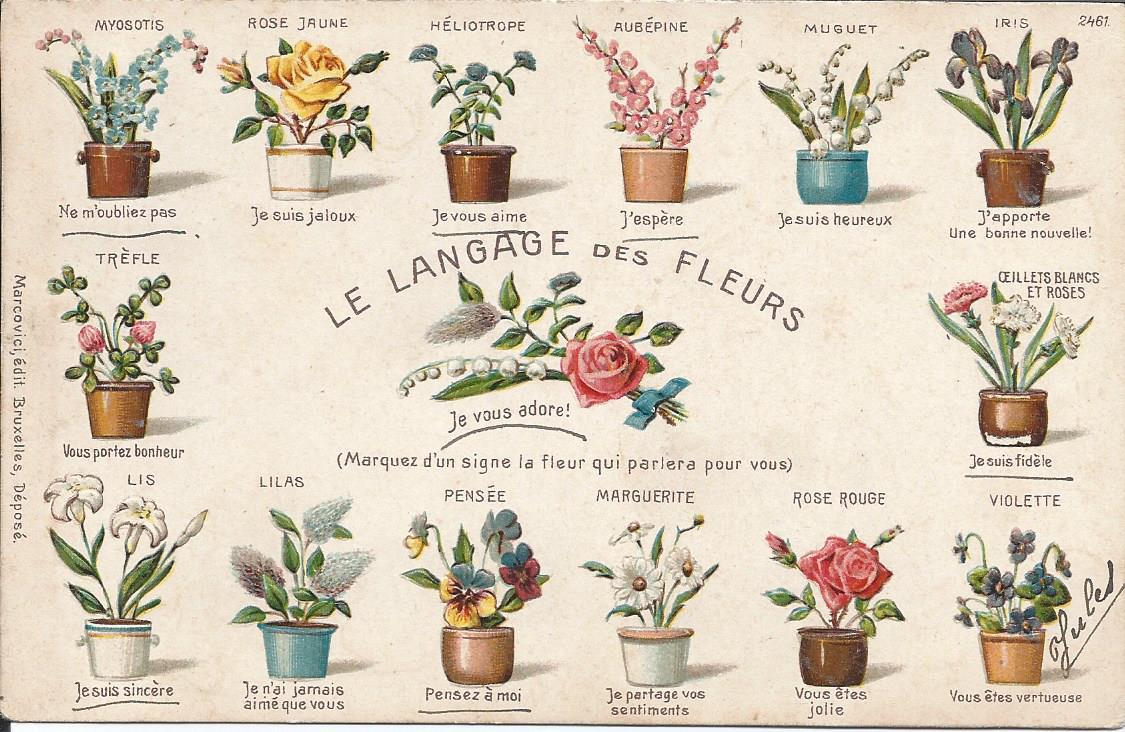 I must say I not good with plants, Je n’ai pas la main verte, I don’t have a green thumb and I usually forget to water the plants! But from time to time, I like to buy or receive flowers!

My favourite flower is la jonquille, the daffodil and I explain why in my last video in Les choses de la vie :

In the video, I also mention a short poem by Robert Desnos who was a French surrealist poet. I was SO happy to recite it by heart that I actually forgot one verse !!! I forgot to say ” Je suis narcisse et jonquille ” right after “Je suis lui et je suis elle ” !!!

Here is the poem I SHOULD recite in the video from Chantefleurs :

It was also used as a song cycle for soprano and orchestra by the Polish composer Witold Lutosławski. The work was composed from 1989 to 1991 and was first performed at The Proms. It has a duration of approximately 16 minutes and includes:

I love hearing from you so let me know in the comments if you like poetry. Which is your favourite flower?

P.P.S. Be sure to watch a fable by Aesop about un loup et une grue, a wolf and a crane.