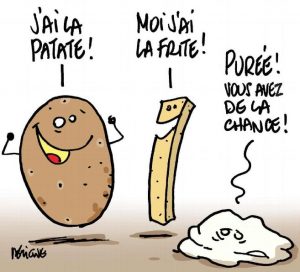 I am full of energy! Me too! You are lucky!

Listen to this podcast and read the script by Français Authentique to understand those typical French expressions!

C’est le début de l’été et des vacances pour certains. It is the start of summer and of holidays for some.

Take the time to read and listen to French. Many language learners get discouraged because at one point they feel they are not making any progress. Some of my learners tell me “I cannot learn a language!”. 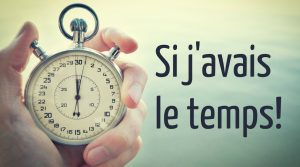 If I had the time!

Maria Cochrane who taught French and now teaches English as a second language has a great YouTube channel for English learners and teachers called English without fear.

In one of her recent videos, Maria talks about how long it takes to become “good” in another language. She talks about the number of hours, NOT years, of input required to ‘pick up’ a language. And why comprehensible input is the best use of time.

I love that Maria talks about how she counted the number of hours she spent with her French middle school learners : 300 hours. Compared to infants who spend on average over 1500 hours listening to their own mother tongue before they can speak it, it is not much!!!

Maria also talks about her own experience acquiring Spanish. After a year, she has had about 400 hours of Spanish input and her comprehension has improved but she says her “speaking is a mess”. C’est évident ! C’est clair ! She still has about 1000 hours to go. However, today I had the chance to have a 30 minutes conversation with her all in Spanish and WOW! It was impressive. I could understand everything Maria told me in Spanish.

I have worked out a weekly plan for YOU.

Get your daily dose of French input.

When you become a member, Les suggestions de la semaine encourage you to read and listen to one story each day of the week, so 5 French readings with audio, and a bonus reading/audio for the weekend. As the week goes by, the language in the text becomes more advanced. You also have access to the audio playlist so you can listen to comprehensible French from anywhere!

Have a peak at this week’s suggestions.

Boost your French for as little as 4.75EUR/month. You also have access to:

Be part of the French learner community and support each other. Become a member. Join here.

Bien évidemment, of course, you can also watch a new video every Saturday on my YouTube channel! Last video is part of the new series Au Portugal and is about la vie incroyable, the incredible life of Saint Antoine, the patron of Portugal.

Devinez quoi ? Guess what? The script is available when you become a member!

Take your French to next level.

Tomorrow is a special day in France, it is la fête de la musique ! 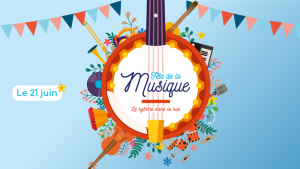 Let’s celebrate! I am here to help you acquire French effortlessly.

P.S. Got friends, family, colleagues or clients who want to become fluent in French? Share this with them, they’ll thank you for it.