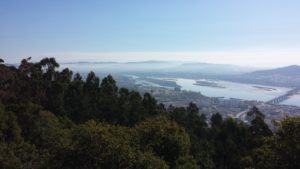 Portugal is such a beautiful country and les portugais sont très hospitaliers, the portuguese are very hospitable. As a matter of fact, there is a strong connection between France and Portugal.

Nowadays, it is estimated that 1.5 millions people of Portuguese descent live in France, mainly in the big cities and in the suburbs of Paris. Portuguese in France (Luso-French) are French citizens or non-citizen immigrants. The immigration in France took place mainly during the 1960s and 1970s, to escape dictatorship, and to enable immigrants to find better living conditions. Portuguese migrants were called gens des baraques, people from the barracks. Most began working in construction or as concierges, caretakers in the Parisian buildings. They are known in France as hard workers.

Read this Vikidia article about Portuguese immigration in France. Vikidia is Wikipedia aimed at 8 to 13 years old, therefore the articles are more comprehensible if you are a beginner-intermediate French learner.

Watch La Cage dorée, the gilded cage. It is a comedy about Maria et José Ribeiro who live in Paris. Maria is a concierge, caretaker and José is chef de chantier dans une entreprise de construction, site manager in a construction company. When José’s brother dies, they inherit a house in Portugal. This film is funny and also moving. It was the film with the most admissions at the Portuguese box office in 2013.

Listen with the intent to understand

One day during our Portuguese trip, we were wandering on the beach and a woman heard us speaking French. She immediately spoke French to us. She explained she had immigrated to France forty years ago. Then, her husband told us he was 17 years old when he walked for 6 days during winter across Spain to reach France. He found a job as un soudeur, a welder and has been working since then. We met other Portuguese who were also migrants and who were so grateful to us the French because France enabled them to have a good life. This trip was a moving trip indeed. C’était un voyage émouvant !

How did those Portuguese migrants become fluent in French? They did not go to school, they did not go to an intensive French course. Back in that period of time, those programs did not exist! They did not practice French. They had no time, they had to work to earn a living! Those migrants came to France with no prior French but somehow they acquired French because they listened. They listened with the intent to understand.They had no choice, they had to understand the French people in order to integrate. 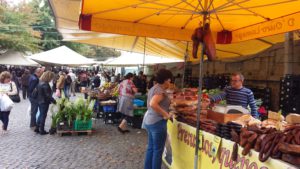 The same happens to you: listen to the radio, to videos, to films with the intent to understand. focus on MEANING, just meaning and let the brain do the work. As Terry Waltz mentions in her book TPRS with Chinese characteristics: making students fluent and literate through comprehensible input : “Language is a universal human ability and the human brain is hard-wired to acquire multiple languages.”

Can you believe there are already 40 videos available for free on YouTube to acquire French naturally, naturellement !!! All you have to do is sit back, relax and listen to my stories with the intent to understand!

Not to mention my latest addition: bed time stories which are cute and easier to understand thank to the picture books. They are released every Sunday so you can watch them with your family, children, partner or pet…

And if you are running out of time, I’ve got your back with the one minute series. You can acquire French words or expressions in under one minute! And there are already 17 videos available!

Back to my last story which is number forty, quarante ! Incredible, incroyable !

In this story, you will acquire:
Il est pressé = he is in a hurry
Il se dépêche = he hurries
Vite = fast
L’addition, s’il vous plaît ! = the bill, please!
Il doit = he must / he has to

I always love hearing from you! In the comments below, let me know whether you are always in a hurry like Maurice? Est-ce que tu es très très pressé comme Maurice ?