Vous connaissez la méthode Coué? Do you know about the Coué method or autosuggestion?

” Everyday in every way, I am feeling better and better”, Emile Coué. Download the 2020 calendar & 12 bookmarks with positive French quotes!

Emile Coué was a pharmacist in the French town of Troyes. He found out that by simply telling sick people they were going to be fine, they would cure. He would always give them their prescriptions and say: ” Vous allez voir, ceci vous fera beaucoup de bien… Et ce n’est qu’un début !“, ” You’ll see, this will do you a lot of good… And this is only the start!”. Coué was a pioneer of personal development and positive thinking.

” Get your daily dose of French input, this will do you a lot of a good… And this is only the start to become fluent!”

Guess what? Barcroft recommends a LOT of input. Vocabulary acquisition happens gradually over time. Word meanings are complex, and it takes lots of exposure to a word before a learner fully understands all its meanings and can use the word on their own. Learners need to encounter a word numerous times through input before they can acquire it.

What is fascinating is that Barcroft recommends listening to the same words or structures spoken by different voices. He mentions a study where Spanish learners heard the same vocabulary presented by different talkers. Their vocabulary acquisition increased substantially compared to those on listened to one unique voice. 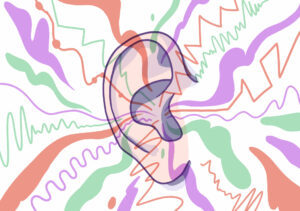 A NEW FREE VIDEO in the Culture francophone : Qui est ? series about one of the most widely read French poets of the 17th century, Jean de La Fontaine.

When you are a member of the French learners community, listen and read to other compelling fables:
– Le coq et le perle
– Les deux coqs
– Le chien et l’ombre

All those fables are in comprehensible French and they are recorded by my Dear Man, so YOU get to HEAR a DIFFERENT VOICE. 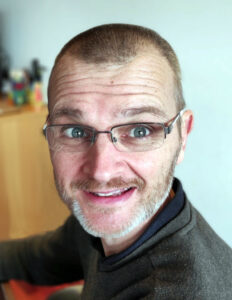 The guy behind the scene!

How to review the super verb to want in French, the question starting with est-ce que ? AND how to acquire how to compare things? Watch session 24 of the Baby Stage online self paced course for beginners. In this session, I tell the famous La Fontaine fable of the frog wanting to be as big as an ox! Once you have watched the video, listen to the fable told by my Dear Man with a different voice for the frog.

Watch an EXCLUSIVE video about a French classic written by Alphonse Daudet, La chèvre de Monsieur Seguin. This story made me so sad when I was a little girl! After you’ve watched the story, listen to it again told by my Dear Man’s voice ( as well as other funny voices for the characters in the story!)

Natalia who joined us says: ” Hi Alice, just wanted to let you know how much I enjoy your story-telling in French! You have helped me to progress enormously since I discovered you on You-Tube only two month ago. I feel SOOO excited when I listen to your more complicated stories/movie reviews and understand everything surprisingly well! Your videos are so engaging that I am constantly hungry for more! Truly, your content is unique!”