Yesterday was a special day and an excuse to eat loads of crêpes ! Miam !

The French celebrate la Chandeleur every 2nd of February, which marks the day when Jesus was presented at the temple in Jerusalem.

In the 5th century, Pope Gelasius I started the Festival des Chandelles on this date, a candlelit procession through the streets of Rome that culminated in placing the blessed candles in the churches. Gelasius linked this custom to crêpes by handing out galettes or salty crêpes to the tired and hungry procession people.

Nowadays the crepes themselves are the most important thing about La Chandeleur for many and here is my recipe to make des crêpes délicieuses ! 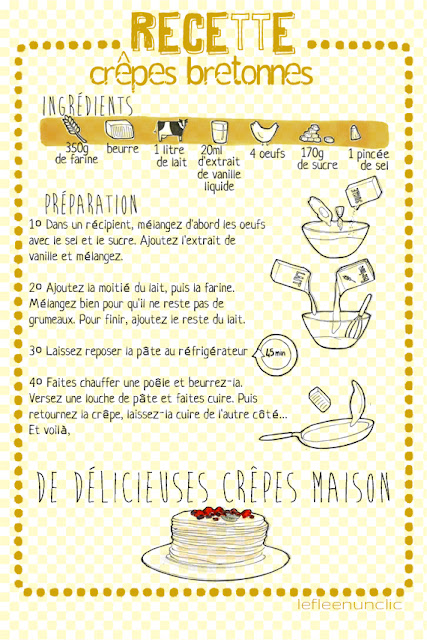 It’s recommended to toss la crêpe in the pan with your right hand while holding a piece of gold in your left , for good luck bien sûr, of course! 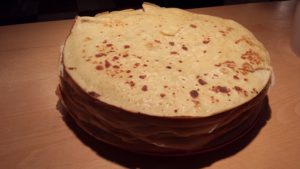 Find out more about the story of Jesus and Syméon at the temple, the Chandeleur superstitions and the famous crêpe Suzette in this document compiled especially for you!

My merveilleux, marvellous French learner today is from the US. He is special to me because he is my first “YouTube customer”. Chris started to watch my videos thanks to his former high school French teacher (who I cannot thank enough!) and also commented them.He made an interesting comment about Marie veut une vraie girafe asking me what une machine à remonter le temps, a time machine was. He said it would be useful to have one!

Chris has made so much progress just by listening and reading in French! He has totally grasped the concept of Comprehensible Input and here is his journey: 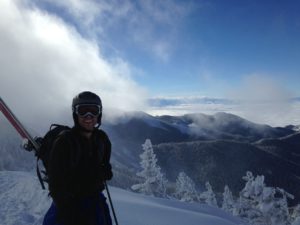 Which language(s) are you learning/have you learned?

My native language is English. But, being an engineer, on the more analytical side, sometimes even English feels like a foreign language to me. I think that mathematics might be my most natural language! With Alice’s help, I am now learning French. My long-term goal is to also learn Spanish. Right now, I’m thankful to have my wife who speaks Spanish when we travel!

Why did you start learning French?

Originally, I studied French in high school. I grew up in the mid-west in the United States, so there wasn’t an immediate need for me to learn the language. My high school offered German, Spanish, Russian, and French. I chose French because my older sister was taking it, and I thought it was a beautiful language.

But now, in my early 40’s, I have made a more deliberate choice to learn French for two reasons. First, I think it’s important, as an american, to look out beyond our country and learn from other cultures. Often, we turn inward, solely focusing on what happens here in the United States. I am excited to acquire enough French that I can have discussions around and learn about politics, education, health, and general aspects of people’s lifestyles. Second, I am excited to travel to French speaking countries with my family. I enjoy cooking, art, travel, and getting up into the mountains hiking, skiing, and biking. I look forward to helping my family navigate through the challenges of traveling abroad. 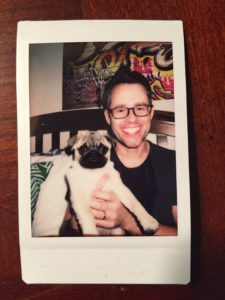 For how long have you been learning French?

I studied French for three years in high school. Unfortunately, I did not take advantage of any opportunities to travel to France and never developed a working-knowledge of the language. Any time I did have a chance to speak French, I was frozen with fear…maybe fear isn’t the exact right word… basically, my mind would go blank, and I couldn’t get the words to come out.

About four months ago, I reached out to my former high school French teacher for advice about how to efficiently learn French so I can speak it. She told me that her approach for teaching French had changed a lot over the past twenty years. After realizing that most students, like me, never get to a point where they can speak the language, she switched to an “input” method where the students spend much more time listening to spoken French. She recommended I watch Alice’s videos on YouTube! Wow, what a difference this approach has made for me! Of course, after only four months of study, I still have a long way to go. But, I can see how I will get to where I want to by using this approach.

Why did you choose me to learn French?

I saw the logic in learning through listening. I have two young children, and had just watched them learn English by being read books, watching kids TV shows, and by talking and playing with the people in their lives. So, when I watched your YouTube videos I saw the images in the books or on your drawings, and I made connections to your words. It really felt natural. The first time I attempted to learn French, I followed the traditional approach of studying grammar and memorizing vocabulary and verb conjugations. I still think those things are important, but alone they did not help me be able to hear and speak French. I basically had a bunch of facts I couldn’t do anything with.

What do you enjoy the most during our French sessions?

I enjoy having a direct immersive experience in French, while I sit here in Montana. I enjoy talking about life, cultural differences, and listening and comprehending French at a higher level than I am able to speak right now. Also, I truly appreciate your easy-going, kind and patient nature. It helps bring my anxiety level down.

What is your daily/weekly routine to learn French? Do you have any tips to share?

I try to spend 1-2 hours studying French everyday. It’s a challenge to balance work, kids, and other responsibilities, but learning French is a priority for me and I enjoy it. My daily routine involves watching some input videos on YouTube over a cup of coffee, listening to French podcasts while I’m in the car, reviewing vocabulary and verbs on flashcards, and learning some grammar in a French workbook. At the end of the day, I usually try to watch an episode of a TV show in French on Netflix or part of a movie. Most estimates suggest it takes around 750-1000 hours to achieve a roughly middle level of French fluency. So, I’m trying to put in my time!

I’m not sure if these are useful tips, but here are a few things I am doing: I always watch the more difficult French TV shows and movies with the French subtitles on. At least right now, it is much easier for me to read and understand than to listen and understand French. But, for the easier level videos, I keep the sub-titles off to force myself to hear the language. A second tip is that I make flashcards for different situations I expect to experience during our planned trip to France this summer. I have cards for going through customs, traveling by taxi, checking into a hotel, ordering food at a restaurant, etc. I try to visualize myself in each of those situations and practice the useful phrases I have on my cards. Also, when I’m out at a restaurant in the U.S., I practice, in my head, how I would order drinks, food, ask for the check, etc in French. 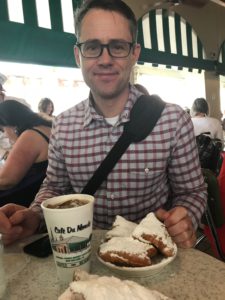 During my last lesson with Alice, we discussed my family’s recent trip to Costa Rica. I told her (in my broken French) that each night we walked to the beach to watch the sunset. It was really beautiful. I didn’t know the word for sunset, so I said that part in English. She told me that in French a sunset is un coucher de soleil. I mean – come on – what a beautiful way to say and to think about a sunset!

Wow! What an inspiring and thorough interview! Catch the wave of Comprehensible Input & Enjoy learning French!

P.P.S. Be sure to watch my last Aesop fable about un tigre et une grue, a tiger and a crane. You can also read it on the Great Story Reading Project.