The title of this newsletter “the ball is in your court” is also a French expression: la balle est dans ton camp. And today, I thought I would change from politics and culture and I would talk to you about sport!

« Tout se passe plus dans la tête que dans la raquette. Ce n’est pas tennistiquement que l’on fait une différence, c’est dans la tête, dans l’envie. » Justine Hénin.
“Everything happens more in the heard than in the racket. It is not tennistically that one makes a difference, it is in the head, in the desire.”

The Tennis French Open, also called Roland-Garros is happening now! It is a major tennis tournoi, tournament on terre battue, clay held over two weeks at the Stade Roland-Garros in Paris. It is probably along with the Tour de France, the biggest sporting event in France. When I used to live in Paris in my childhood, I remember watching the games on TV. I never got to go to Roland-Garros but I loved watching the games and following the big players. My favorite tennis player was Stefan Edberg but he never won Roland-Garros!

You can read more about this prestigious competition on Notre Coin du FLE à Bueu, which is a blog for French learners. 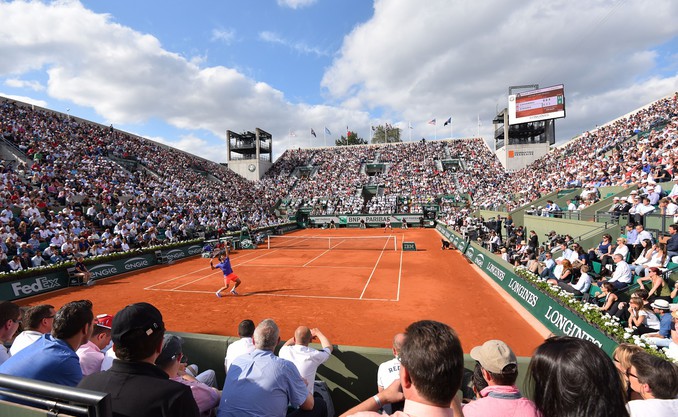 Remember the May Challenge? If you like to watch tennis, it is a great way to acquire French at the same time!

You can watch a game with French commentators on Eurosport. It is an excellent way to get comprehensible input and even though the words can be a bit technical, most of them come from the English words (since this sport as most sports was invented in England!): un ace, faire le break, la balle de break, la balle de match, un passing shot, un smash, le service, un slice, la volée… Look at the vocabulary related to tennis on Linternaute, another great French website for all sorts of news.

Roland-Garros resonates with spring, blue skies, red clay… If you happen to go there, beware of the sun! This story is about un coup de soleil, literally a knock of sun or sunburn.

As well as the parts of the body, you will also acquire:
il regarde = he looks
il/elle est = s/he is
ils/elles sont = they are

You can then keep on reviewing the body parts playing with the flashcards on Quizlet.

P.P.S.Watch my new story on YouTube, it is another Polo’s adventure on a desert island!