As I mentioned in my previous post, I am a big fan of The Comprehensible Classroom because there are so many fun story scripts to be used and Martina Bex (the author) shares so many fabulous ideas and lesson plans! One story script I have used with my middle school students (grade 6 to 8) is Buscando Gafas. This script is ideal to practice the three singular forms in the present tense of the verbs “querer” and “tener” as well as “lo” and it fits with the Michel Thomas method which I use once weekly with my classes.

Listening: I first told the story to my students “TPRS style” by drawing what was happening on the board. There was lots of circling as I wanted my students to “internalize”: él/elle lo quiere / No lo tiene / ¿Lo quieres/tienes?.

Reading: I then gave the script of the story (something I should not do if I were a proper TPRS teacher!) to my students to read in silence with comprehension questions. Here is the worksheet to download: buscando.gafas

Speaking: I then gave out “Justin Bieber canta Baby” handout which Martina Bex created and asked students to tell the story to each other in pairs. We first reviewed the key structures and I also wrote on the board the vocabulary they would need to tell the story like like “to sing” or “microphone”. My students thought the story was fun because it involved celebrities they know! You can read how Martina Bex used this handout as well as “Buscando Gafas” and a song “Lo que yo no tengo” here: http://martinabex.com/2011/03/26/you-have-what-i-want/

Writing: I finally told students to write their own stories using the key structures they had learned or reviewed. I asked my grade 8 students (13-14 years old) to first write a draft which I checked and then to write their final version on a mini-book called an Aztec Codex. I took the idea from Clare Seccombe who shares numerous ways of creating your own mini-books. 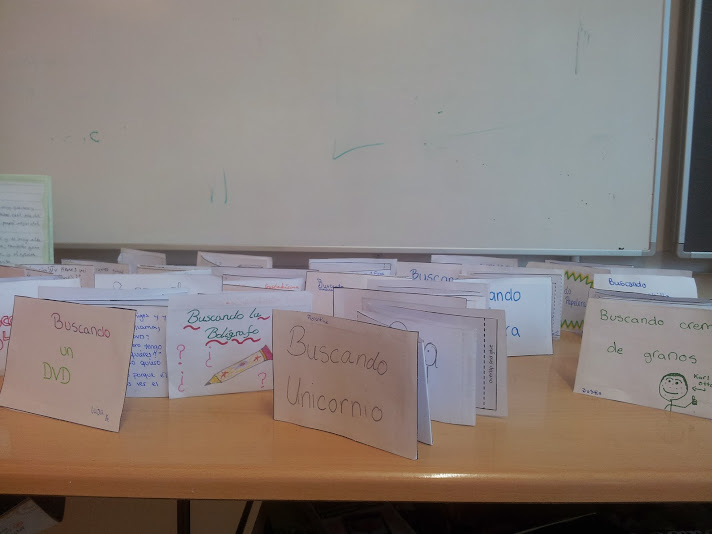 Re-telling: I then thought of reusing the mini-books grade 8 had taken time to create with grade 6 and 7. It was prefect because we had just come back from a week holiday and I knew my students needed some reviewing of key structures. So I told a story I particularly enjoyed entitled “Buscando crema de granos“: 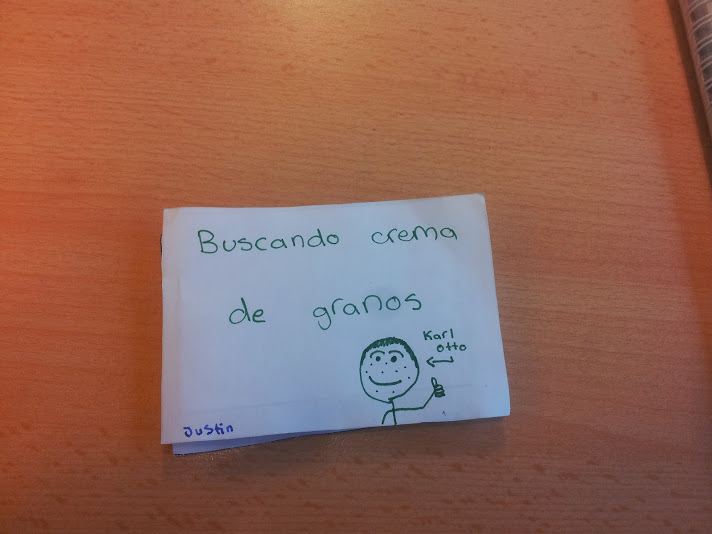 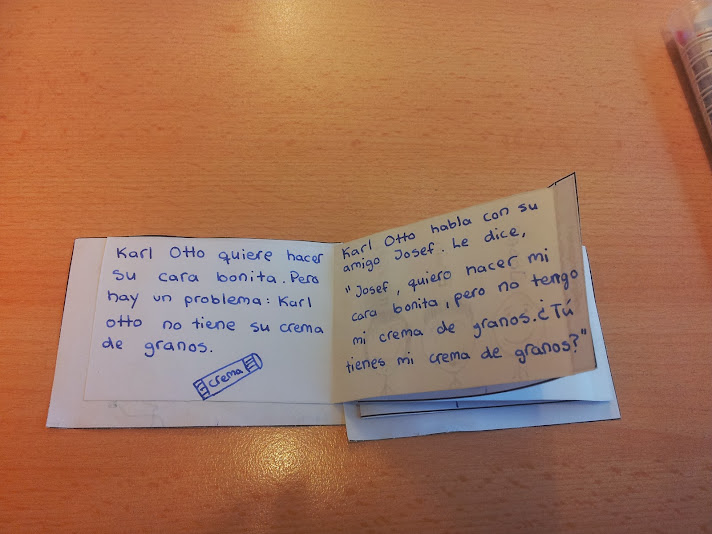 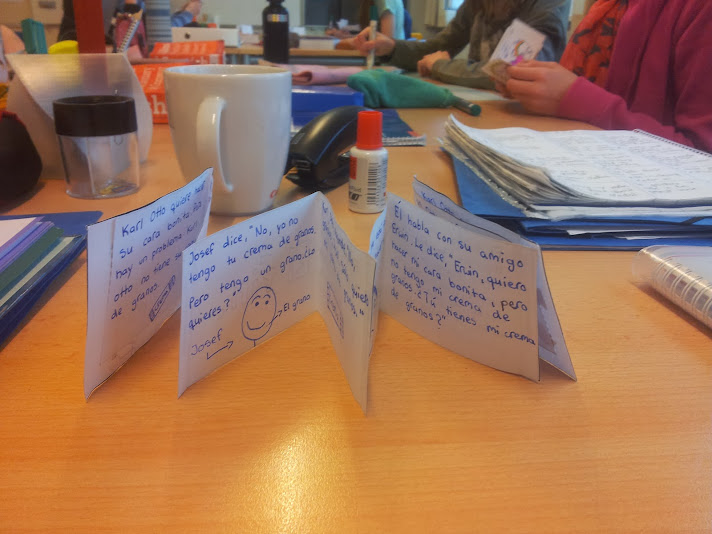 After telling the story and circling the key structures ( this time we didn’t use “lo” but “la” to replace “la crema de granos”), I gave my students the small whiteboards and asked them to draw some key sentences from the story such as “Karl Otto no tiene una crema de granos” or “El habla con su amigo Erwin“…My students were then working in pairs and I told them to choose another story: one would tell it and the other would draw the main scenes. They really enjoyed this activity and there was a lot of Spanish talk going on (without me having to push for it) which was great! 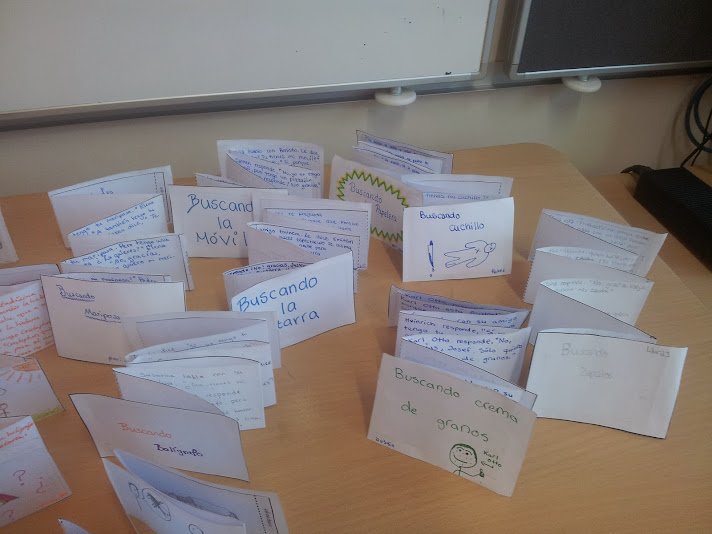 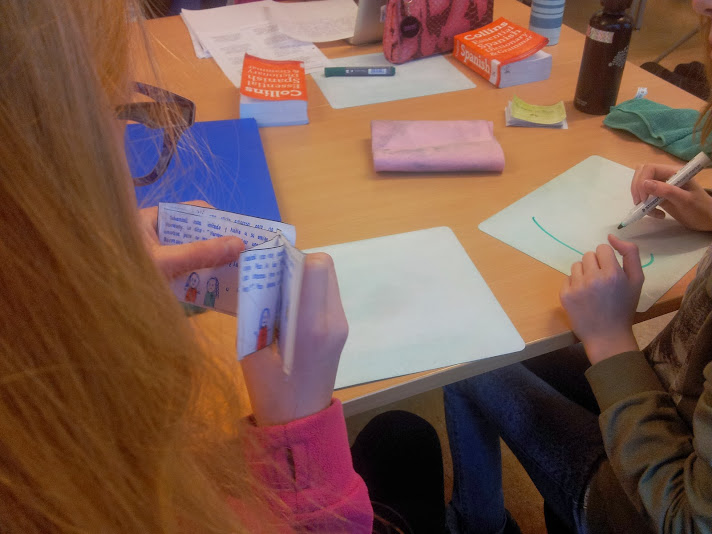 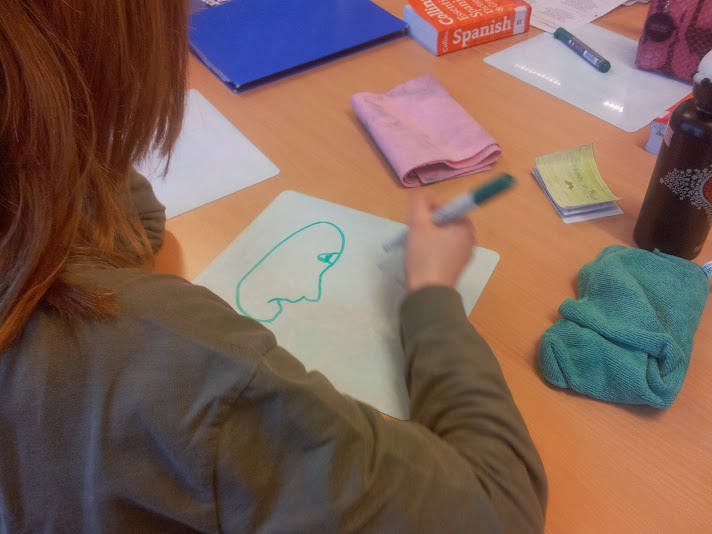 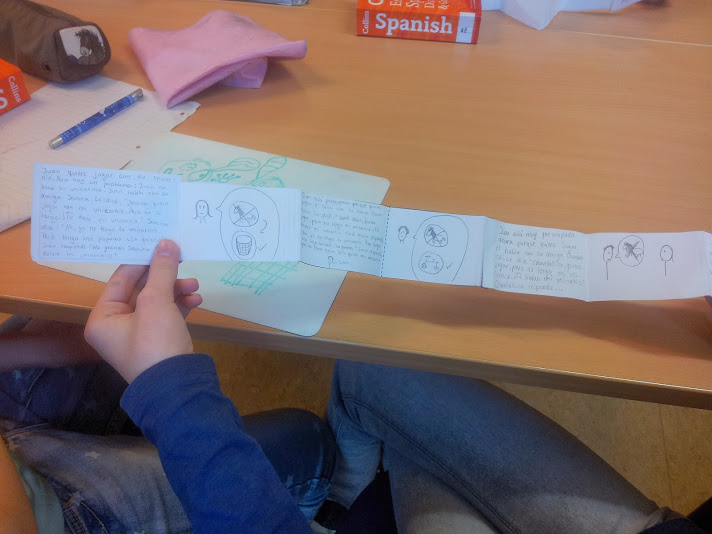 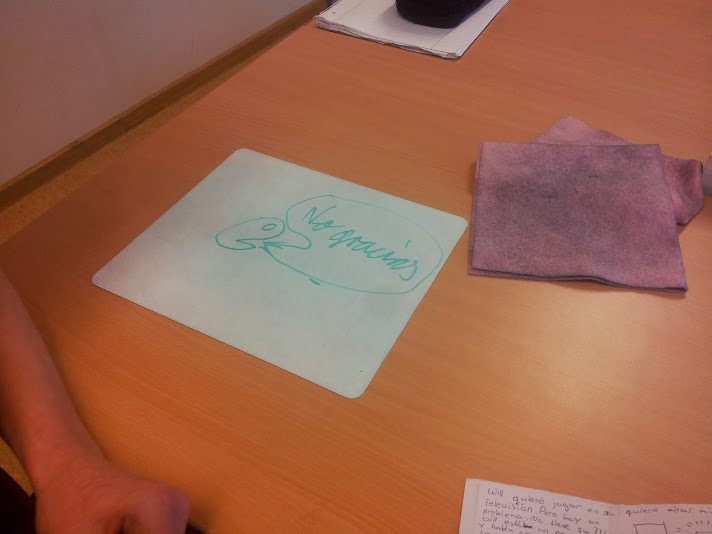 The icing on the cake was when I showed my grade 8 the pictures of grade 6 and 7 reading their stories. They were ever so proud!