Je suis de retour ! I am back!

The reason why there was no newsletter for quite a while is a GOOD one! Here is a new addition to our family, a beautiful girl, Jeanne. C’est une grande joie, un immense bonheur ! 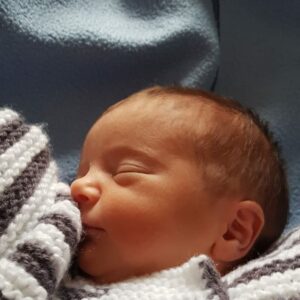 My life is now dedicated to baby Jeanne. Mes journées sont rythmées par Jeanne. And although I don’t sleep enough, I feel energized by this little bundle of pure joy.

I feel I am more than ever on a mission to deliver OPTIMAL French input to YOU ALL. I am also now more than ever MOTIVATED to become fluent in German. Whenever I can fit in some German Story Listening or reading, I do it. So when I am feeding Jeanne or when I am resting in bed, I read or listen to German. And here is what I found: MAGIC happens!

GET USED TO IT

Polyglot, Steve Kaufman explains it clearly in his recent video about the basics of language learning. He says: ” With languages, we are getting used to something. Some of the most basic things, we may not get used to them until six months later. And so, one shouldn’t worry about making mistakes in some of the most basic things. Learning languages is not about nailing down the basics, it is about getting used to the language.”

LISTEN and READ. Once you listen enough and you read enough, your brain acquires the basics. Your brain has enough experience with the language to know the basic structures of the language.

For example, the negative sentence in French “ ne… pas “. If you are just told the grammar rule, ” ne ” is before the conjugated verb and ” pas ” is after it. And then you do many drilling exercises, your brain may retain it in the short term but will it be able to produce it when you have a conversation? Probably NOT because you have not heard nor read this structure ENOUGH. 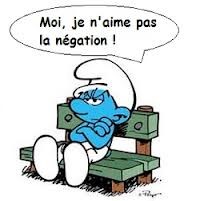 Steve Kaufman makes a very good point: ” The brain is not very good at absorbing theoretical explanations, the brain is much better at creating linkages, recognizing patterns as it gradually gets used to a new language. For the brain do that, you have to feed the brain a LOT OF INPUT, listening and reading.”

I have LOADS of NEW input for you!

A NEW FREE VIDEO in the Culture francophone : Qui est ? series about one of the foremost figures of the French Avant-garde theater. Eugène Ionesco, a Romanian-French playwright.

The full video script is available to read and to listen to when you join the French learners community. AND you can also watch an exclusive video (with script and audio) about one of his most famous plays, Rhinocéros.

Reading in French can be challenging because spelling doesn’t match pronunciation. That is why audio books are perfect to get used to the French pronunciation. LISTEN to a NEW AUDIOBOOK, L’île au trésor, deuxième partie : la découverte d’un secret in collaboration with Theresa Marrama.

“Daniel is spending another summer in Canada where he recently stumbled upon an old map of Oak Island. He learned that his grandfather knew something about the Oak Island treasure. Daniel sets out to learn more about the map and its past. Will he uncover the truth? And what will he learn about the real treasure?”

Do you need to acquire and/or review how to start a conversation and the days of the week in French? Watch session 22 of the Baby Stage online self paced course for beginners.

More sessions coming soon to build a STRONG FOUNDATION: how to ask KEY questions and how to use most frequent structures and verbs (there is/are, to be, to have, to go, to think, to want, to like, to be able to). ALL via STORIES.

Helen who joined us recently says the stories are for ALL AGES: ” Vos histoires sont fantastiques. N’importe quel groupe d’âge peut profiter de vos histoires. Alice, vous offrez le meilleur cours CI (Comprehensible Input). I am learning so much and even wake up thinking about French. I can hear your voice in my head. ”

P.P.S Do you want to spend a whole week with me acquiring French? Join my intermediate French class on Zoom in July organized by Express Fluency and the wonderful Elissa McLean. MORE INFO HERE.

2 thoughts on “French the natural way: get used to it!”