I have covered the past tense in Spanish with my grade 8 students (13-14 years old) this term and I want them to be able to describe past events confidently and accurately. Over my teaching experience I have found out that doing the traditional grammar exercises such as filling in the gaps with the correct verb forms does not really work with students. They do not “internalize” the concepts. I want them to communicate in the past without thinking too much about the verb endings or which form to use. I want it to become intuitive which is not an easy task since they only have Spanish 5 periods of 40 minutes each week. After focusing on the simple past or pretérito indefinido, we covered the imperfect tense to describe events which use to take place. I though that an “innate” way of introducing this tense would be to talk about past civilizations. When looking for resources, I stumbled upon this wonderful French blog Les Quichotteries de Delphine which provides tons of resources on any Spanish topics.

Listening: my students watched two videos about the Incas and the Mayas. Whilst they were watching, they were practicing their comprehension skills by filling in these fantastic worksheets written by Catherine and Audrey (thank you so much!): El Imperio Inca and Los Mayas

Project: in groups of 2 to 3, students then had to prepare an oral presentation about a past civilization. It could be a real one that had existed before or an invented one. Students had to answer the following questions:

Here are some examples of the posters they created. All of them are invented civilizations: 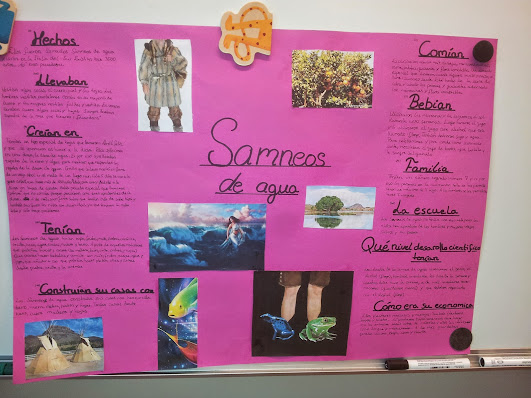 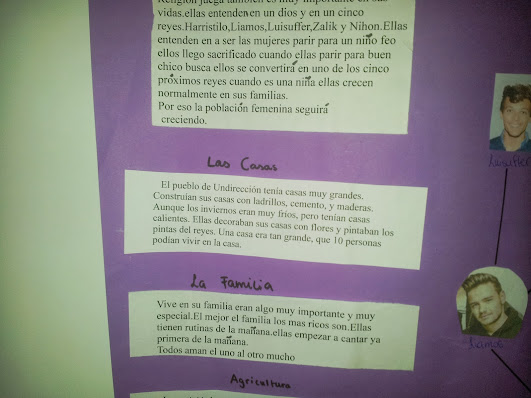 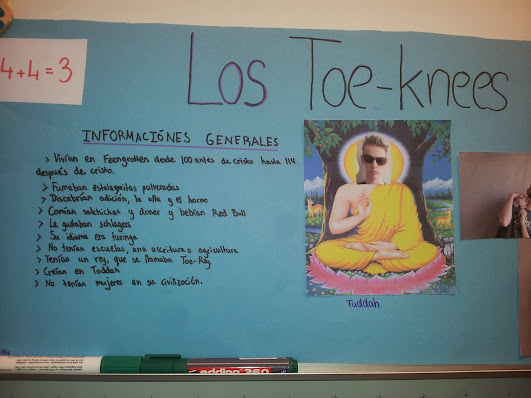 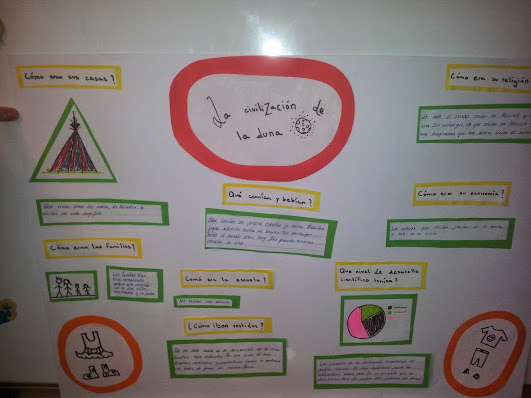