“ Nous avons toute la vie pour nous amuser et toute la mort pour nous reposer. ” Georges Moustaki.
“We have the whole of life to have fun and the whole of death to rest.”

French people are on holiday today because it is le Jeudi de l’Ascension, Ascension Thursday or Holy Thursday which commemorates the bodily Ascension of Jesus into heaven.

Therefore, the French being the French, they also do not work on Friday! They call it faire le pont, literally to do the bridge which connects to the weekend. That way they have a very long weekend! 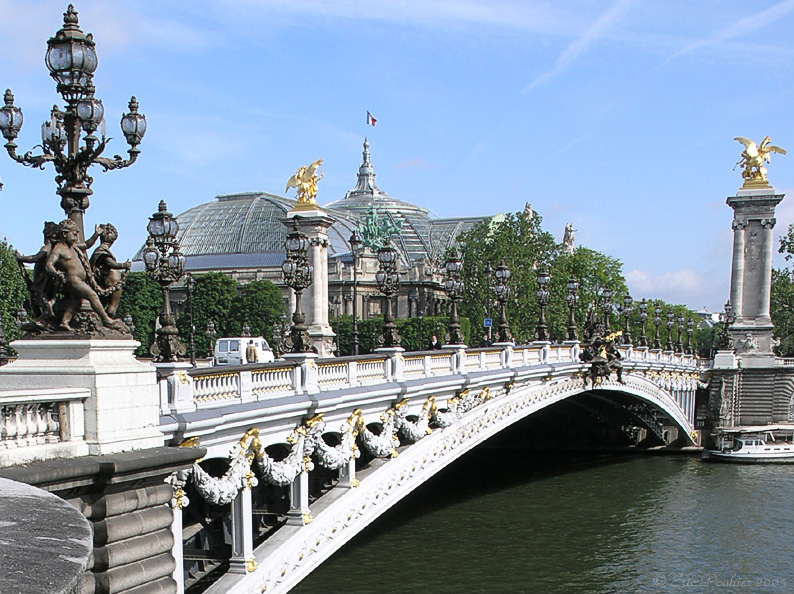 This is one of my favorite bridge in Paris because I used to live very nearby when I was a child and teenager. Le Pont Alexandre Alexandre III is a majestuous bridge which symbolizes the Franco-Russian friendship. What is your favorite bridge?

Gustave Doré, the Master of Imagination I don’t know about you but I really enjoy art and paintings.

This glorious portray of Jesus’ entry into the celestial sphere was painted by Gustave Doré in 1879. He was named The Master of Imagination in an exhibition at le Musée d’Orsay, in Paris.

Doré was a premature gifted drawer. At the age of 12, his drawings were already published! Later on, he rented a former gymnasium which he transformed into a studio at 3 Rue Bayard in Paris. He started painting large format works here because he wanted to be recognized as a painter. People in France criticized him but this monumental piece received a more favorable reception in London and then in the United States, where Doré sent a number of his paintings.

For this reason, French collections have a few of Doré’s paintings. The Petit Palais is one of the rare museums which can exhibit to the public some of his gigantic religious paintings.

You can read his full biography in French here. It is advanced but see how much you can understand. You can then use Google Translate Web to check your comprehension.

And here is a story of a less known artist who happens to want a real giraffe!

P.P.S. Watch my new story on YouTube, it is a longer story with an unexpected ending 😉